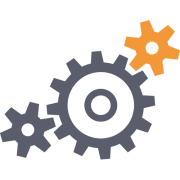 Large commercial office refurbishments in Marlow and in Clerkenwell are nearing completion as we enter the summer season. The scheme in Marlow comprises two buildings with an aggregate floor area of over 40,000ft2.

These two buildings which were originally constructed in 1989 have now been fully refurbished and equipped with numerous Variable Refrigerant Flow (VRF) systems to facilitate multiple occupants although early indications from the marketplace suggest that single occupants might be secured for each of the buildings. Both buildings are equipped with LED lighting throughout controlled by an addressable lighting management system which enables individual luminaires to be dimmed either individually or in groups. Perimeter lighting is automatically switched off when ambient daylight levels exceed the designated threshold. LED lanterns are also provided to the large car parks which are also equipped with an Automatic Number Plate Recognition (ANPR) traffic control system which will facilitate Tenant’s parking strategies. It is likely that both buildings will achieve a ‘B’ asset rating for the Energy Performance Certificates which we are preparing over the coming weeks.

The development in Clerkenwell will provide over 80,000ft2 of commercial office accommodation. The development comprises a mix of new build extensions and refurbished office and is likely to achieve an ‘A’ asset rating on its EPC. This is a significant achievement considering that the main original building was constructed during the 1950’s. Again high efficiency heat recovery VRF systems have been specified and new high performance fenestration is being fitted throughout. The lighting design has been developed by Lamorbey Associates working in conjunction with the respected international lighting manufacturer Fagerhult. The resulting luminaire is a variation of the popular Notor luminaire but includes separate dimmable up and down lighting LED light sources.

Other projects include the design and specification of incoming services for a new Retail and Leisure facility in Yate, near Bristol in South West England. The facility will comprise two new substations providing electrical supplies to a dozen retail and restaurant units and to a new multiplex cinema. An extensive car park will be illuminated by high performance directional LED lanterns mounted on six metre columns, the design for which has been influenced by fairly rigorous lighting pollution constraints imposed by the local planning department. The resultant scheme will have minimal light pollution and will be sympathetic to local householders and to the diverse wildlife associated with the riverway which runs through the site. 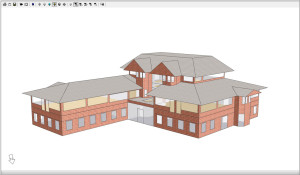 Screenshot showing building model of The Meridian Building in Marlow. The model has been prepared using IES Software and is used to calculate heating and cooling loads. 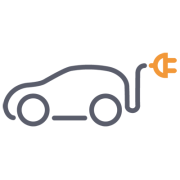 The PHEV in question is a Mitsubishi Outlander which was purchased in December 2014. The retail price was subject to a £5000 discount from the Government who are actively seeking to encourage sales of electric vehicles. This is not the only incentive, the tax benefits for the Company and for the user are equally generous and are less than 10% of the personal tax that would be due to be paid if a petrol or diesel equivalent vehicle had been selected. Other financial benefits include zero road fund licence as the car is exempt due to its low emissions rating and the car is also exempt from the London Congestion Charge for the same reason. So financially there are a number of benefits for both Companies and for Individuals but how does the car perform in practice?

As testified by the PHEV name the car is of the Plug-In Petrol Hybrid variety. The car is charged using a lead and  adapter which can be stored within a compartment in the boot. This lead plugs into a standard 13A socket outlet and will fully charge the electric batteries in around 4.5 hours.

Speedier charging can be provided by using the special electric charging points which can be seen at motorway service stations and other locations however the costs for this service is relatively high. The batteries are used to drive twin electric motors which in turn drive the four wheels. The manufacturer advises that a full charge will provide up to 32 miles of travel but this will obviously depend on the route (inclines etc), weather conditions and travelling speed. We have noticed that the battery will also supply lighting and the interior heater so that on dark cold winter evenings the actual mileage available with a full charge can be less than half the quoted figure. It will also be the case that the use of air conditioning during the summer might have a similar impact on performance. 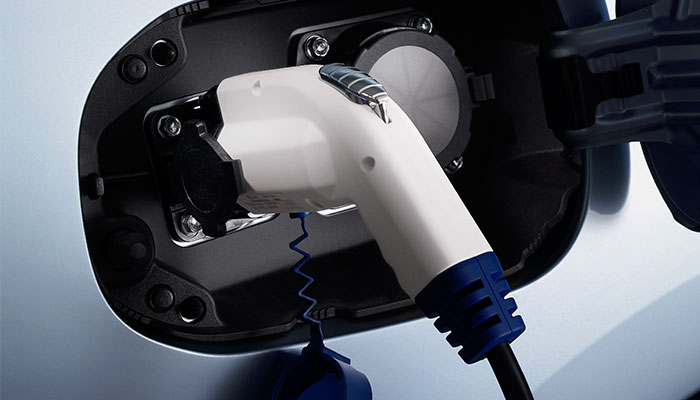 So are the claims realistic? We haven’t yet achieved 32 miles on a single charge but we have commonly exceeded 20 miles in range. For the technically minded the batteries have a capacity of 12kWh which means that they can provide energy of 12kW for one hour or 6kW for two hours etc. This also determines the charging cost which, based on a notional rate of 12 pence per unit would amount to approximately £1.44 for a full charge. If the vehicle did manage 32 miles then this would equate to a cost of 4.5p per mile and based on our frequent experience of 20 miles it equates to a cost of 7.2p per mile. This compares to a cost of 10 pence per mile if the car were working in hybrid operation using the petrol engine according to manufacturer’s figures. Based on this the economic arguments for using electric energy are relatively small (2.8p per mile) but the reduced associated emissions offer another consideration and we’ll be taking a look at this in a future post.

Check out our blog to see how we are getting along with this supposedly highly efficient car. 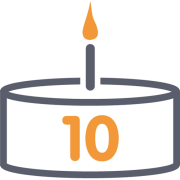 As part of the Lamorbey Associates birthday celebration Mike and Peter were due to participate in a Charity Cycle ride during February 2015. The route for the ride extended from Ho Chin Minh city in Vietnam along the banks of the Mekong delta and finishing in Siem Reap, the town close to the ancient site of Angkor Watt in Cambodia. The total distance to be cycled amounted to over 550 km (341 miles) and with local temperatures approaching 40˚C with humidity levels at around 65% this represented a gruelling challenge for even the fittest amongst the participants. Obtaining the required level of fitness proved difficult particularly for Mike who encountered problems with his feet which severely hindered his practice schedule. After a number of visits to his GP Mike was diagnosed with Gout and was forced to reluctantly withdraw from the ride just a few weeks before the scheduled departure date. This left Peter to fly the flag for Lamorbey Associates and he duly arrived in Ho Chi Minh city (formerly known as Saigon) on Friday 13th February.

The ride started in earnest on Valentine’s Day and ‘love was all around’ as most participants easily coped with the initial leg which was limited to just over 65 km. The second day proved much more arduous. The route comprised a mixture of dirt paths and un-made road tracks which ran alongside the Mekong delta as it meandered through the tropical rainforest reminiscent of the landscapes in an Oliver Stone war movie. This leg was a stark reminder of the scale of the task which lay in front of the participants who were now succumbing to saddle sores and sunburn on this punishing leg

which extended over 100km. Some relief was provided by the friendly locals many of whom would pass the cyclists on their scooters adding encouragement with shouts and greetings. Things didn’t get any easier on days four and five when similar travel distances of over 100km were required. Some respite finally came on day five when the team had a limited journey to board a riverboat which would took them along the Mekong delta to Phom Penh. From there the team paid a visit to the notorious Choeung Ek killing fields. The visit included a trip to a museum where a survivor described the chilling stories behind the displays and human remains of some of those cruelly murdered by Pol Pot’s regime. In total over a million people were slaughtered during the period when the Khmer Rouge ruled Cambodia from 1975-1979. This was a very sad and humbling experience for the team of cyclists and many tears were shed as the scale and brutality of the genocide was recounted by the survivors.

Siem Reap was finally reached after another two days of over 100km cycling and despite suffering from a fairly  aggressive tummy bug Peter managed to cross the finish line early in the evening of 20th February, some seven days and 553 km after setting out from Ho Chi Minh city. Tired and sore Peter had completed the journey and in doing so had managed to raise a total of £3,700 for the Save The Children charity (in total the group raised £105,000!), much to the delight of his proud family and friends and his colleagues here at Lamorbey Associates.